CREATED FOR TELEVISION
BY
PETER LOFFREDO

In a decade when progress and hope collided with excess and despair, and only the most unlikely heroes could truly make a difference, an unforgettable group of unique individuals came together to play a game... and change the world.

FRANK CELLO, a man with a big heart and even bigger dreams, had two goals in life: to win a softball championship, and to clean up Times Square, a seedy Mecca for illicit sex, drugs and dangerous characters from all over the world. Frank would do whatever it took – cross every boundary, challenge every rule, and keep every promise he made. 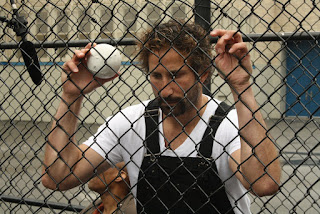 JENNY SILVERMAN had no boundaries left to cross or rules left to break... and she never made promises. Jennie, an unforgettable franchise-making character, and a brilliant, sexy firecracker, only wanted to save her “people” from the street and stay one desperate step ahead of her own nihilistic cravings and dark past. 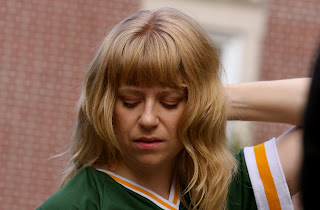 Fate brought Frank and Jenny together - to reluctantly fall in love, and to lead a remarkable band of misfit warriors into gut-wrenching, poignant and hilarious battle against all the powers that could possibly be in one historic place and time!

Times Square is still a seedy mecca for pimps, hookers, drug dealers and runaway teens from all over the country. CITY ROCK goes inside the gritty world of the social service profession, where just doing your job is never enough! Like cops without guns, these social workers, teachers and psychologists try to rescue the the lost and disenfranchised souls whose dramas of life and death play out on window ledges and the nighttime streets of New York in the 1980's.
It’s also the time when high rollers are playing the real estate and stock market games - games that the working class can’t get in on. Instead, they turn to the down and dirty underworld of amateur sports, where the stakes are also high - in a much more personal way - and the playing is definitely for keeps! Throughout the country and particularly in the city, there is a serious softball craze happening. Highly competitive leagues are springing up wherever there’s any kind of open space, drawing otherwise responsible men away from their jobs and families. An upstart team, CITY ROCK, is given a chance to become part of a tough, all-white league - unofficially run by an ex-con named, PETE. No new team has made it into the league in over five years. CITY ROCK is managed by Frank, who named the team after a runaway kid who died on his watch. The rest of his team are a group of highly unlikely men (from various ethnic backgrounds or otherwise "Unknown" descent) - and one amazing woman – our Jennie!
Each episode of CITY ROCK juxtaposes the efforts of our band of brilliant misfits to survive in the softball league and to survive the mayhem in their own personal lives, while simultaneously working to effect the daring rescues of some extraordinary and memorable characters from the wild streets of 1980’s New York. Throughout the series, the social, political and entertainment headlines of the Eighties are woven into the fabric of the stories and lived out through the characters’ lives with high-impact drama and action and sexy, fast-paced humor. The series has an ongoing seasonal arc for it’s four main characters while each episode has its own self-contained complete story. The secondary characters are featured in single-episode arcs as well. After a teaser, each episode starts out with archival news footage and newspaper headlines of significant events from the 80’s that would be conceptually tied into the episode, a different montage each week.

The two "ER's" of CITY ROCK are Lincoln High School (where the most intense education takes place out of the classroom) and the Grammercy Park Softball League playing field (intense, high-velocity games, played on cement!). In addition to the these two main locations, Frank’s lower eastside cold-water flat (bathtub in the kitchen, toilet in the hall) and O’Donnell’s funeral parlor (where GPSL league meetings are held) serve as secondary locations.

CITY ROCK’s memorable characters offer a fresh and penetratingly look at a time in history that every age can relate to. Inspired by controversial true stories from the streets of New York, this is "NYPD BLUE" and "ER" meets "SIX FEET UNDER" and "SEX AND THE CITY" - with "BULL DURHAM" and "FIELD OF DREAMS" thrown in!

The MUSIC of City Rock, cover tunes from the 1960's, 70's and 80's, are an important element of the show's appeal. You can hear several of the covers on this page (below) performed by "sycicWALRUS," and specifically produced for City Rock.

City Rock is an action-packed and character-driven one-hour series replete with controversial social commentary, unique psychological underpinnings, high-wire living, sex, drugs and rock n’ roll!
City Rock will appeal to a broad demographic, across a wide age range. In addition to its appeal to young people, this series is a fresh and penetratingly look at a time of passage for latter-day Baby Boomers, born in the optimistic Fifties, raised in the radical Sixties, chagrinned by the shallow Seventies, and coming of age in the Reagan Eighties.
City Rock... ROCKS!!

"SUMMER IN THE CITY"(From the soon-to-be-released 4th video trailer from the CITY ROCK Series: "The Heat Wave")
Performed and Produced by sycicWALRUS

PEACEFUL (From the CITY ROCK video trailer: "The Project!")
Performed and Produced by sycicWALRUS

Performed and Produced by sycicWALRUS

Spread the word. sycicWALRUS' first 3 singles from the CITY ROCK album are out and available on iTunes, on CD Baby (http://www.cdbaby.com/Artist/SycicWalrus) and here: www.sycicWALRUS.com

CITY ROCK, which received magnificent reviews and developed a devoted following when the first six episodes of the show were put up in a series of staged performances in New York last year, has already attracted the committed interest of celebrities in film and television, like Paul Michael Glaser (of Starsky and Hutch fame), Elias Koteas (Benjamin Button, Thin Red Line, Fallen, Crash and 70 feature films), Natasha Lyonne (American Pie, Scary Movie) and celebrities in sports, such as Keith Hernandez and Larry Andersen. Companies like the SPORTS STUDIO, the leading company providing sports clothing, equipment and sports celebrity casting for film and television, are also onboard the City Rock Express!

Fans enthusiastically raved about City Rock, inspiring full houses at every show, while producers, executives, directors, casting directors and actors who attended the City Rock live performances have said things like this:

"This is the best thing for film and television I've seen in years!"

"The characters! The stories! Everyone and everything is so fleshed out, so real. It's funny, poignant, scary and beautiful all at once!"

"Look what you've created! A world of characters seems to have been born! There was some real energy and excitement in the room yesterday. I was struck by what a grand creation it was. By having these monthly performances you are willing this series into existence. It feels like it's inevitable that this show will happen, so people should get on board. Plus, the writing is really great! Great job, Peter! I'm excited to see what the next chapter will look like!"

Producers have never seen a TV series like this before, because there has never been a show on television like this before! City Rock takes us inside life on the gritty streets of New York City as it was in the early 1980's, a time of major transition, both in the city and in the country at large, a time that still is having ramifications for us all today. These characters, this amazing group of misfit warriors and working class heros will be remembered long after the Sopranos have faded into television history.

So, put on your Swatches, Jellie shoes or Gucci loafers, your Ra-Ra skirts, leg warmers or Members Only jackets, and, of course, your Ray-Ban Aviator sunglasses, and come enter the world of City Rock... before it gets to HBO!

And check out the synopses to CITY ROCK below and to Peter's other award-winning projects for film and television on this blog.


Shots from the first shoot of City Rock's first commercial:


Shots from the second shoot of City Rock's first commercial: 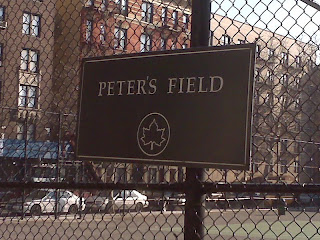 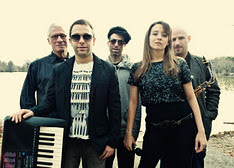 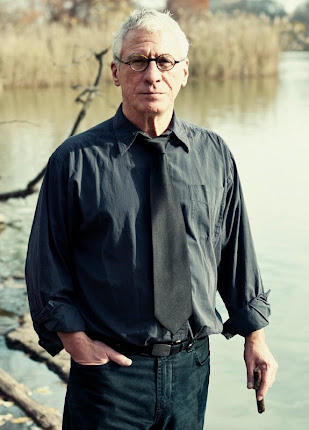 Photo by Arion Toles
PETER LOFFREDO (fpliving@aol.com) is an award-winning screenwriter (His feature, "GRAF," won BEST ACTION-ADVENTURE SCREENPLAY by unanimous decision at the GOTHAM FILM FESTIVAL in 2009), who has had 5 projects for film and television optioned in recent years. His popular blog, FULL PERMISSION LIVING, has already acquired over one hundred thousand unique visitors, and he is regularly published in many New York City blogs, The New York Times and in a best-selling book.
Peter is also producer of the hot new hip-hop rock band, "sycicWALRUS," whose music is featured on iTunes, cdbaby and in the City Rock series video trailers.
Peter's screenplay synopses are HERE.
Peter's TV series synopses are HERE.
Slide Show from the set of City Rock's Fourth Video Trailer: "The Heat Wave!"
CITY ROCK Youtube Video!